Not Simply Ruins, but Spectacular Cliff and Canyon Living

What makes many of Arizona’s ruins so intriguing is that their building styles flow so gracefully with the geology and topography of the chosen settlement site.  Nowhere is this more on display than in Walnut Canyon National Monument near Flagstaff, AZ.  These ruins, inhabited between 1150 and 1250 AD by the Sinagua people, are built directly into the sheer canyon walls.  Utilizing overhangs in the Kaibab Limestone, products of millions of years of erosion, The Sinagua (translated as “without water”) built a flourishing society of several hundred people, with livestock, crops, and trade with a network of other Puebloans in the region. 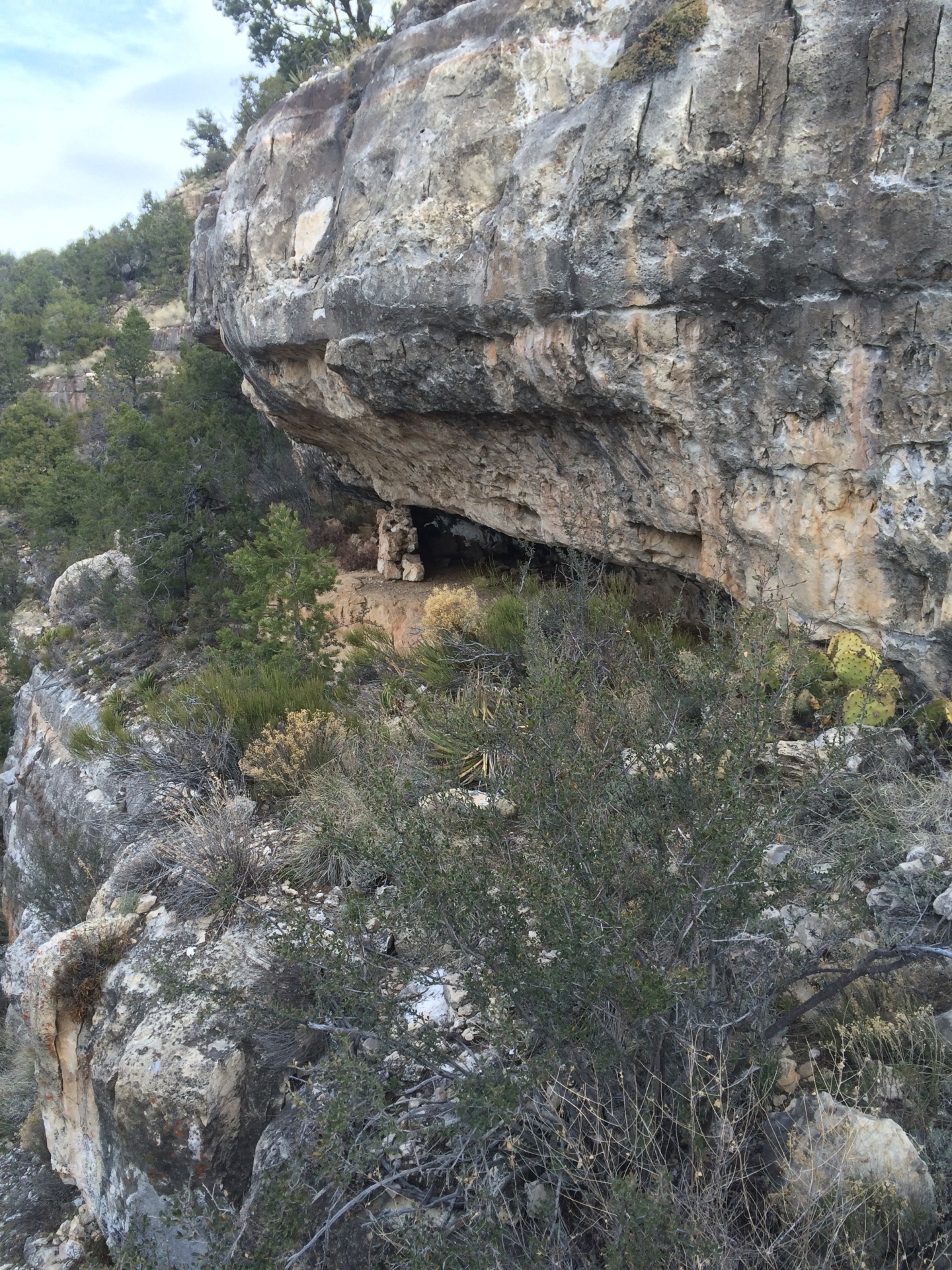 Dwellings using “islands”, or overhangs in the limestone

From these positions in the canyon, the tribe could see, hear, and observe everything around them.  The settlement was easily defended using this building technique, and the tribe could easily send goods through the network of foot trails, as well as relay messages with signals across the canyon.  Any enemy thinking of attacking this settlement would have been well-advised to look for softer targets, as launching an attack against this settlement would have almost certainly resulted in an embarrassing defeat.

The settlements’ clandestine location also worked in its favor.  In contrast to the Walnut Canyon Ruins, the Wupatki Ruins roughly 10 miles to the north, also utilized by Sinagua, but mostly Anasazi people, is perched on a mesa, visible for tens of miles in all directions.  What makes each of these settlements so unique is their geographic contrast, one on a mesa to see who is coming, and one in a canyon to make sure nobody sees them.

These thought processes, not only in stark contrast to each other, but are in polar contrast to our modern way of “settlement” building.  We build for convenience, aesthetics, and capital gain.  We pay no mind to sourcing local material, available water and food sources, trade proximity, or settlement defense.  These were all important factors in these ancient dwellings that determined the sustainability of the settlement.

Though these settlements were primitive, it does make one wonder about the cyclical nature of human existence, as these dwellings wer built long after powerful and technologically advanced civilizations had come and gone such as the Greeks, Roman, Aztecs, and Mayans.  Will our species one day return to this primitive style of living?  Only time will tell.  Geologic time that is….

For more musings on geology and life visit bluemarblegoat.blogspot.com