Exploring the Native Heritage of Arizona

One of the truly special things about the southwest is the myriad of ancient ruins that are easily accessed and well preserved.  We here in Arizona are able to enjoy several sites attributed to Hohokam, Anasazi, Sinagua, and Puebloan people that frequented and inhabited the territory over centuries before us. Though many ruin sites are a secret (and need to stay that way), there are several that are large and very well-preserved, and have therefore been designated by various management entities (BLM, NPS, Navajo Nation) for protection.  Here are The Goat’s Top 5 Must-See ancient ruins.  Enjoy! 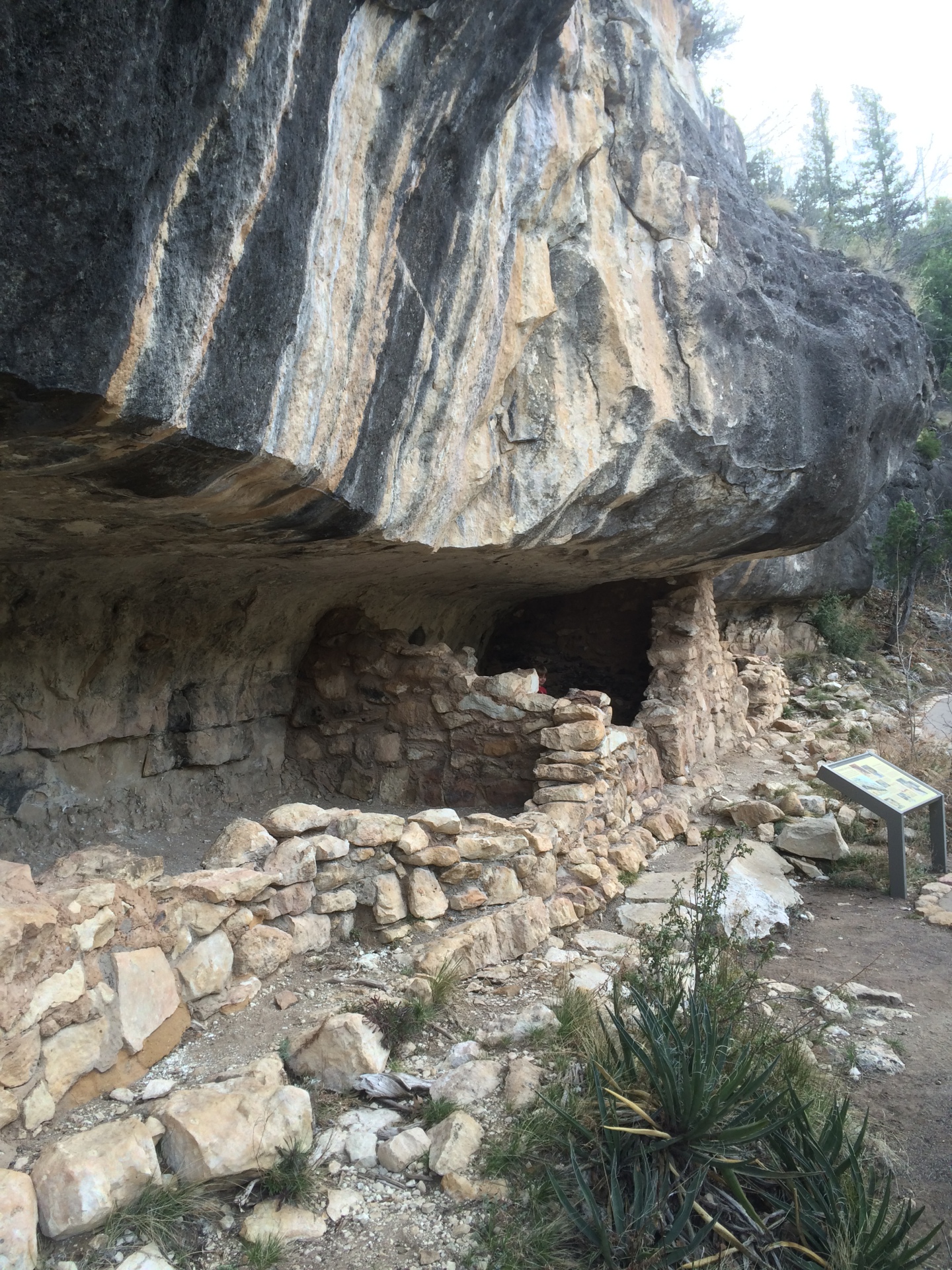 History: These dwellings, ingeniously carved into the steep walls of Walnut Canyon, were inhabited by the Sinagua people between roughly 800-1250 AD, and are thought to have housed several hundred villagers.  The Sinaguan were a peaceful tribe that farmed in the area and traded with other tribes.  Their rather sudden abandonment of  Walnut Canyon is attributed most likely to severe drought, although some theorize that the eruption at Sunset Volcano rendered the region uninhabitable and forced their migration.

Location:About 7 miles east of Flagstaff off I-40 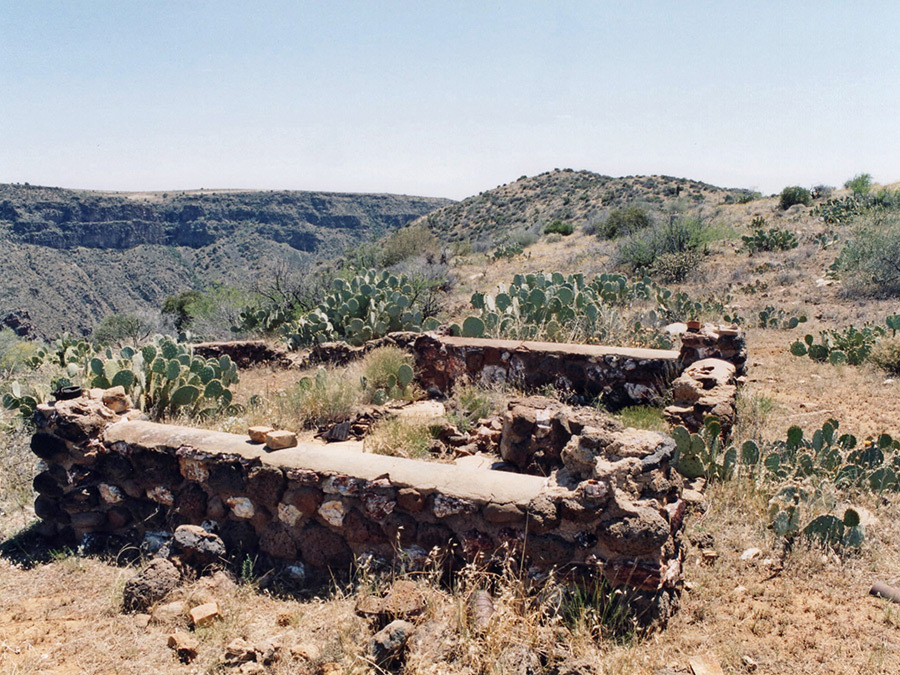 History:  Designated as a National Monument by the Clinton Administration in 1994, Agua Fria is one of the most extensive ruin sites in the southwest.  There are more than 450 discernible ruins, several of which include multiple rooms and attachment structures.  The region is theorized to have housed several thousand inhabitants between 1250-1450 AD, mostly of Sinaguan or possibly Puebloan tribes.  The area itself is marked by rugged canyons, windswept mesas, and hot summer temperatures, making many of the archaeological sites very difficult to access.  However, what we find difficult today is likely the very reason this area was chosen: easily defensed, hard to find, and close to the life-giving waters of the Verde River

Location:North of Black Canyon City off I-17 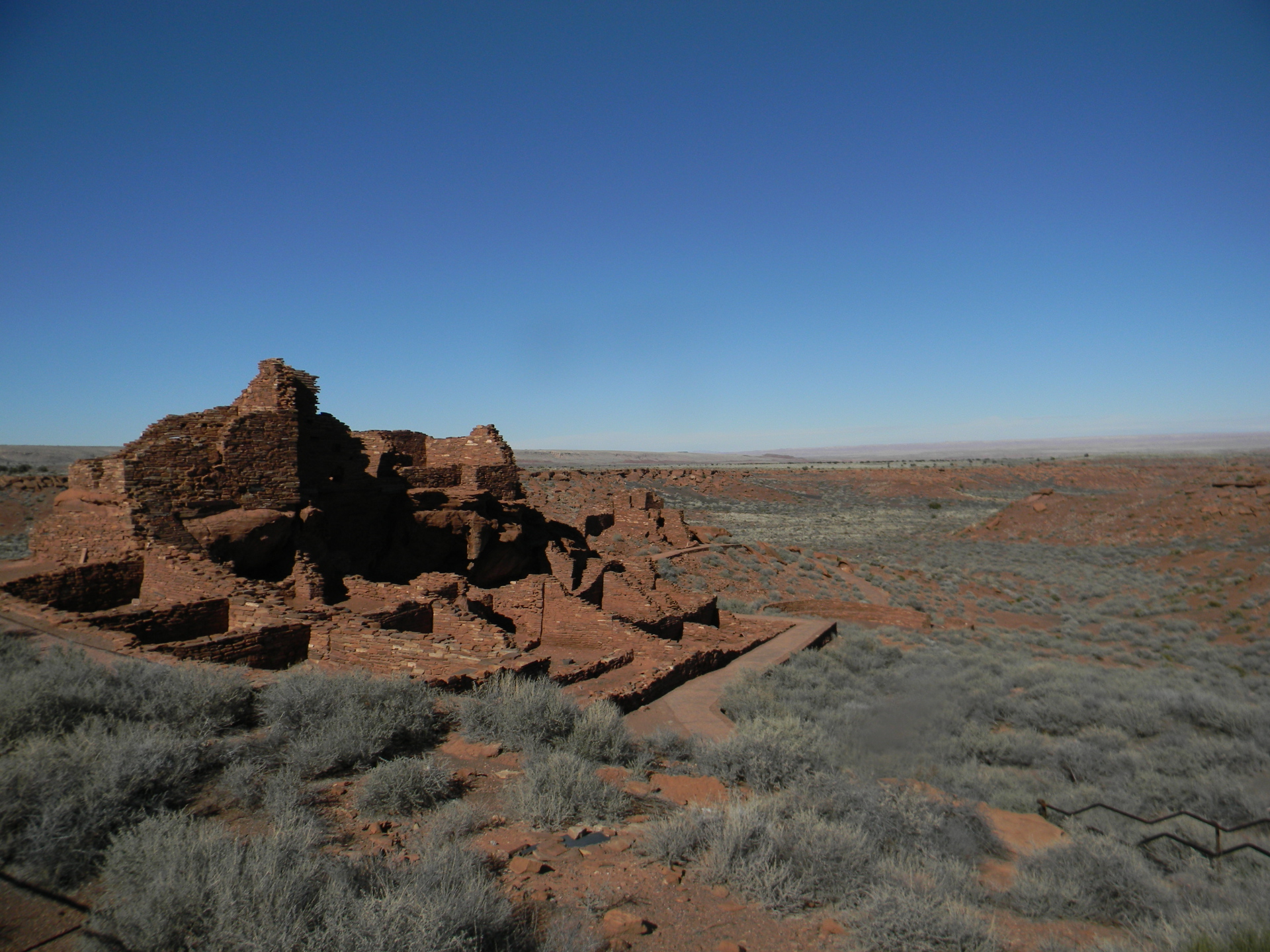 History:Shared by several tribes including the Ancestral Puebloan, Anasazi, and Sinaguan between 800-1250 AD, this impressive group of ruins is remarkably well-preserved, and includes structures that clearly indicate a population of potentially several thousand people.  The most impressive of these ruins (pictured above) included nearly 100 rooms, and is theorized to be the central marketplace used for trading, entertainment events, worship, and general gathering.  The area was abandoned around 1250 AD, which roughly coincides with the abandonment of the Walnut Canyon Dwellings and the eruption of Sunset Volcano that lies between the two dwelling area, and just 6 miles south of Wupatki.

Location:15 miles north of Flagstaff off Hwy 89A 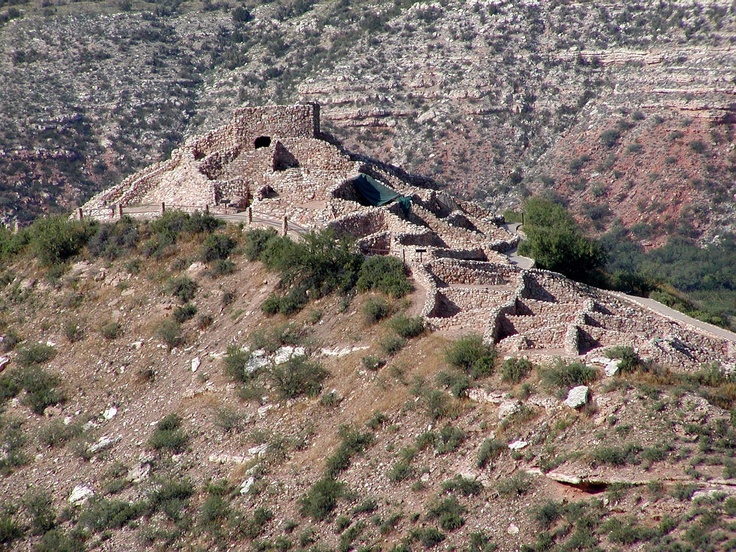 History: Yet another pueblo of the Sinaguan culture, Tuzigoot is perhaps their most impressive.  Built into the cliffs near Sycamore Canyon, the main ruin at Tuzigoot has over 100 rooms and is perched at the top of a mesa, giving it a breathtaking (and useful) 360-degree view of its high desert surroundings.  The Sinagua used this perch to trade and farm for several generations until they abandoned it around 1400 AD.

Location: Near Clarkdale and Jerome off I-17 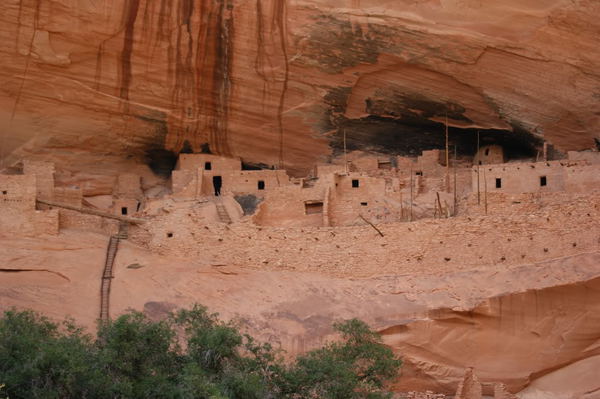 History: Perhaps the most remote and dramatic ruin in the state belongs to the ancient Anasazis.  Their most famous ruin lies in Mesa Verde National Park, one of the most intricate and well-preserved ruins in the world.  Keet Seel, although smaller, is no less a feat of engineering and imagination.  Built into the Navajo Sandstone’s towering red cliffs, the ruin contains several structures with multiple rooms, evidence of irrigation, farming, trade, and a thriving community that likely was home to roughly 150 indigenous peoples at any given time.  Research suggests that this pueblo was inhabited for only about 50 years before being abandoned.  The abandonment coincided with what archaeologists and anthropologists refer to as “The Great Drought” that was the likely cause of a steady decline and exodus of the indigenous population in the region.

Location:Northeast of Kayenta in Tsegi Canyon of the Navajo Nation.  It requires an 8.5-mile hike, and permits are required.

Geologically, all of these ruins share similar characteristics; they are located on or near groundwater springs, and in areas that are either high vantage points or masked by canyon walls.  Before our modern abilities to bulldoze rock formations and create vast waterways through engineering and excavation, these people used geology and topography to pick and choose their homes.  They worked with the land to build impressive, ingenious, and flourishing societies that rivaled the largest civilizations of their day, and created sustainable living in an arid, hostile climate and landscape.

Though their current absence indicates a lack of total sustainability, it is hard to imagine building any society that is sustainable in perpetuity, being impervious to drought, volcanoes, disease, war, famine, etc.  Certainly our cities and culture as a whole are not impervious to these kind of disasters.  Although we may be more technologically advanced and able to handle rapidly changing conditions, we by no means have created a more sustainable society.

To see these ruins up close is to transport yourself back hundreds of years and vicariously live in a simple world devoid of iPhones, social media, selfies, and embraces our natural world in peace and harmony.  Cheers!

May The Goat be always with you